Marchwood Port is an operational port on the River Test with excellent connectivity by sea, road and rail and in close proximity to Southampton Airport. It has direct access to the Southampton Shipping Lanes and out to international waters. The port is located on the edge of Marchwood Village in Hampshire, in the New Forest District Council authority and is in close proximity to the New Forest National Park and the adjacent Dibden Bay SSSI.

Marchwood Port has been designated as a Tax Site and Customs Site within the successful Solent Freeport bid. This exciting development will enable SGL to attract interest from new businesses from across the UK and abroad, thereby creating new jobs across a range of technologies that require new skills, training and qualifications.

SGL understands there are concerns that the port enhancements could potentially impact aspects of the village, however the military port has been at Marchwood for over 80 years and
has been operating as a commercial port since 2016. The consultation undertaken and the assessments completed as part of this planning application have set the parameters for this development to ensure it does not give rise to significant environmental effects on the amenity of the local area.

SGL’s focus is to continue to support the MOD while developing the port’s efficiency and commercial opportunities. SGL has no intention of becoming a commercial container terminal and has reduced the maximum container stacking heights from six down to a limit of five containers in the centre of the site and down on the quayside, and a much lower limit of only two containers high around the edge, and on the area closest to Veals Lane.

Our plans optimise the orientation of the buildings to minimise visual impact whilst considering other constraints such as accessibility. We will also be completing tree and scrub planting on the southern and western boundaries to screen views from the National Park to the west and Dibden to the south.

A line of trees will be planted to supplement those already along the development’s northern boundary to create a continuous filter, softening views of built site port activity from
Marchwood to the north. Trees, hedgerows and bulbs will be planted in a formal arrangement around the main entrance and will prevent opening up long views into the site, to provide an appropriate amenity setting to the entrance. 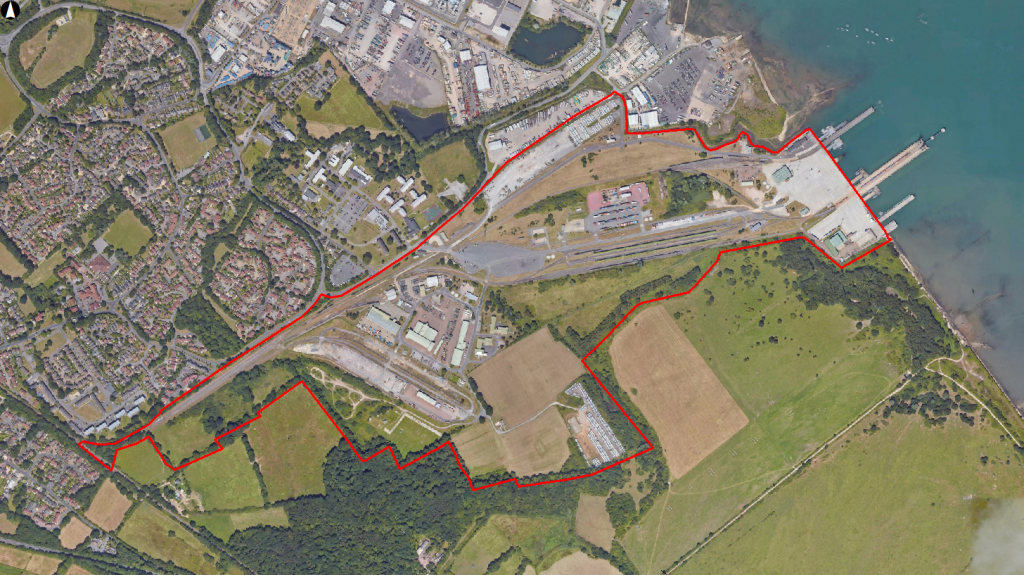 The port was built in 1943 and has been used by the MOD for the transport of cargo since then. It has been operating as a commercial port since 2016.

The site covers 82.8ha but just over half (46.4ha) is currently operational. This includes the quayside, marshalling areas, the hauliers’ HGV park, aggregates and container handling and storage. Aggregates will be imported through the port for onward distribution and supply the onsite batching of asphalt and concrete, which will supply local construction projects. SGL also has offices on site and currently employs 85 staff.

In a highly sustainable location, the port currently has six berths on three operational jetties – the Gun Wharf (used only by the MOD), the Mulberry Jetty and the Falklands Jetty (used by the MOD and SGL), which can dock vessels of up to 240m. It also has direct access onto the national rail and road network.

The MOD use the port for the transport of supplies and cargo but not personnel. The proposed development will better assist and support the MOD’s ongoing operation and make more efficient use of the port in line with local and national policy. 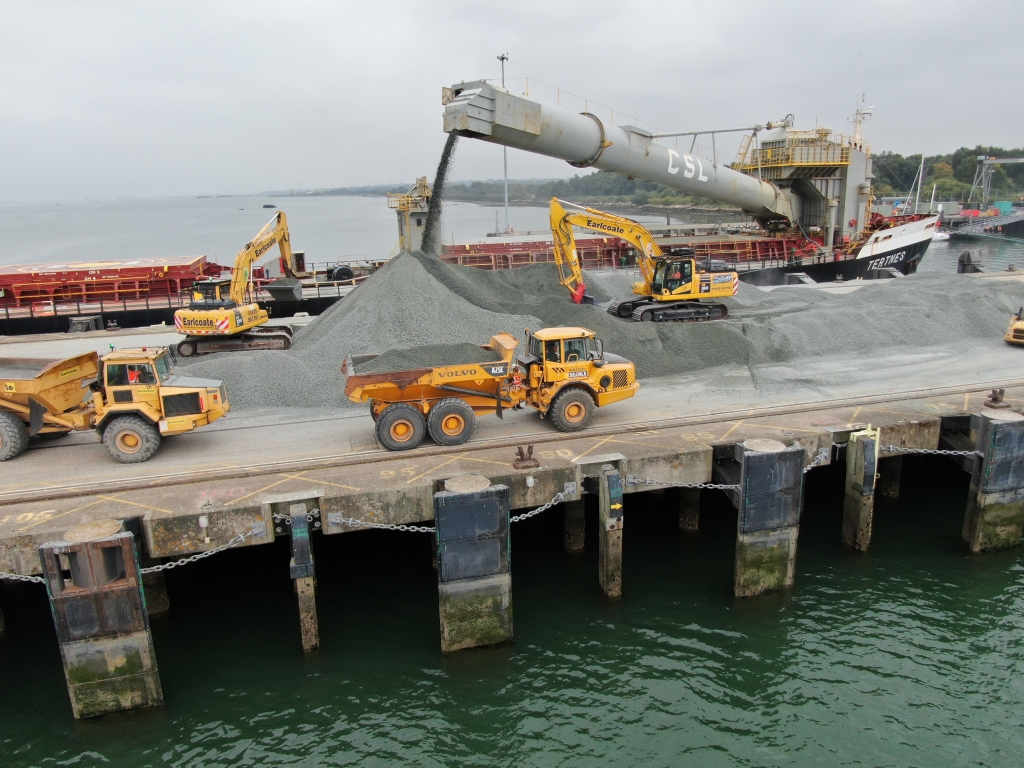 Aggregates recently imported by sea for use onsite

The Maritime 2050 Strategy recognises the critical role of ports in providing marine infrastructure and the important role they play in throughput of goods. The National Policy Statements for Ports (2012) takes the same view, stating that the Government will encourage sustainable port development that allows for growth and makes an important contribution to economic prosperity.

Policy ECON3 states that: The Council will work co-operatively with the operators to enable the effective and efficient use of the site and port facility for commercial, economic and local employment generating purposes whilst: 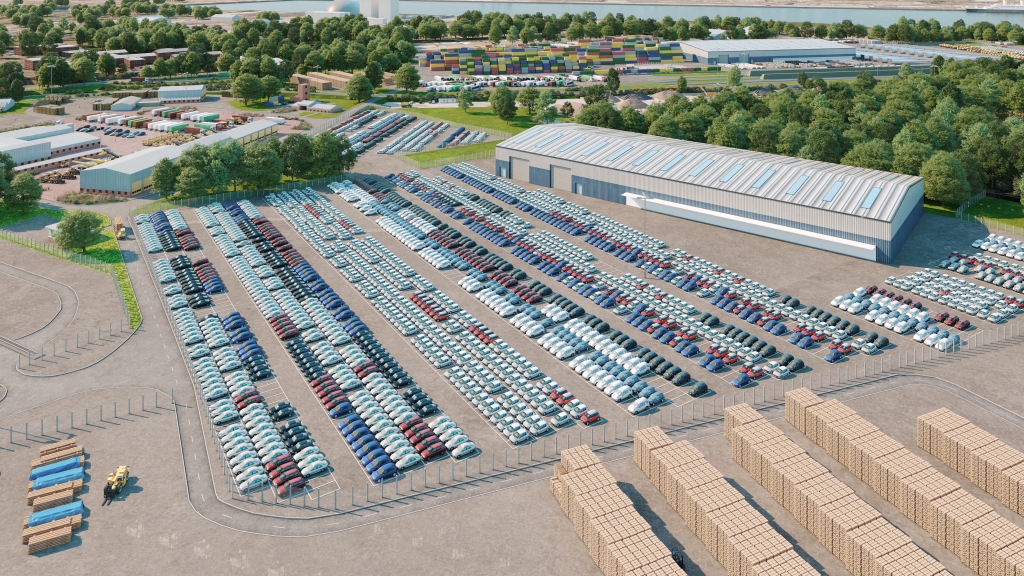 Take a tour of the port from the air

Marchwood Port has been designated as a Tax Site and Customs Site within the successful Solent Freeport bid. This exciting development will enable SGL to attract interest from new businesses across the UK and abroad, creating new job opportunities across a range of technologies.

Find out more about the Solent Freeport

Find out how the port connects to the strategic network

"The proposed development will better assist and support the MOD’s ongoing operation and make more efficient use of the port in line with local and national policy."