The proposals have taken into consideration the port’s proximity to the Solent and Southampton Water Special Protection Area (SPA) and Ramsar & Dibden Bay Site of Special Scientific Interest (SSSI) and enhancements to the ecological buffer zone between Marchwood and the SSSI are proposed. Approximately 13 hectares of grassland will be developed as part of the proposals.

Extensive ecological surveys have been conducted and the majority of the site is of low ecological value, although some good quality habitats exist including reedbeds, scrub, wooded areas and some grassland. 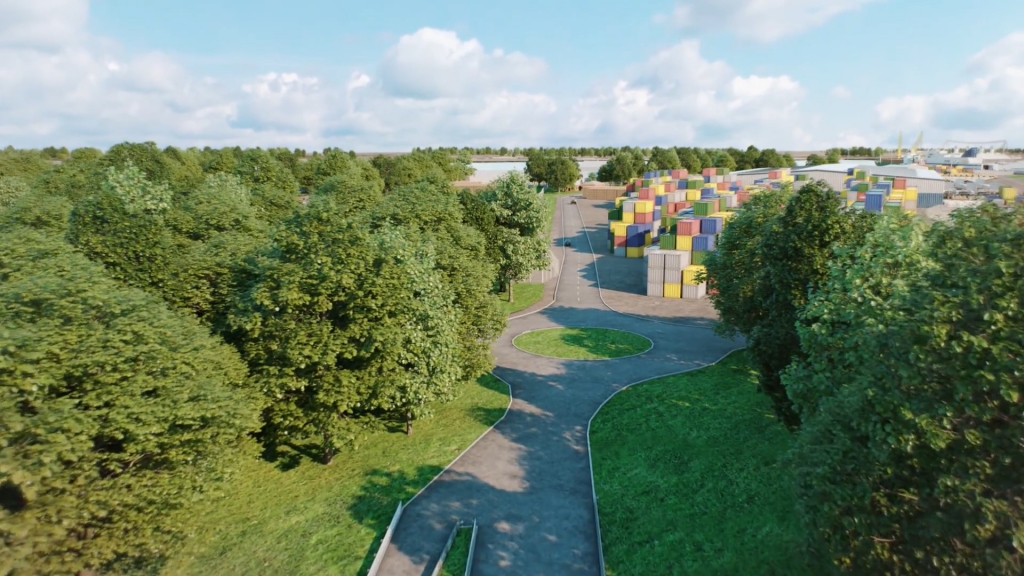 Biodiversity onsite will be enhanced

Surveys show that there are unlikely to be any great crested newts or water voles present onsite, there are no active badger sets, and no signs of dormice have been recorded.

Ecological surveys are ongoing and there is evidence to suggest that a number of species of interest may be present within or near to the site including bats, wintering and nesting birds, otters, and reptiles such as slow and grass snakes.

Appropriate mitigation measures have been identified such as sensitive or seasonal construction activities, moving species to secure habitat or nest boxes.

New Forest District Council is seeking a 10% biodiversity net gain to be provided as part of the development and we are investigating onsite and offsite opportunities to achieve this.

As there are no plans to change the marine infrastructure, the impact on marine life is likely to be minimal and increased vessel movements will only comprise a small proportion of daily vessel movements in the River Test.

The Environmental Impact Assessment (EIA) will look in detail at the impacts on all of the habitats onsite and the species they support. It will also identify significant environmental effects and where possible avoid, reduce, or offset them as part of an ongoing design process. In July a Scoping Report for the EIA was submitted to New Forest District Council. The purpose of this report is to provide New Forest District Council, as the planning authority, with the information necessary for it to provide a formal written opinion (known as the scoping opinion) on what information needs to be included in the  EIA Environmental Statement.

The port will continue to have fencing around the perimeter and there will be no public access for safety and defence security. 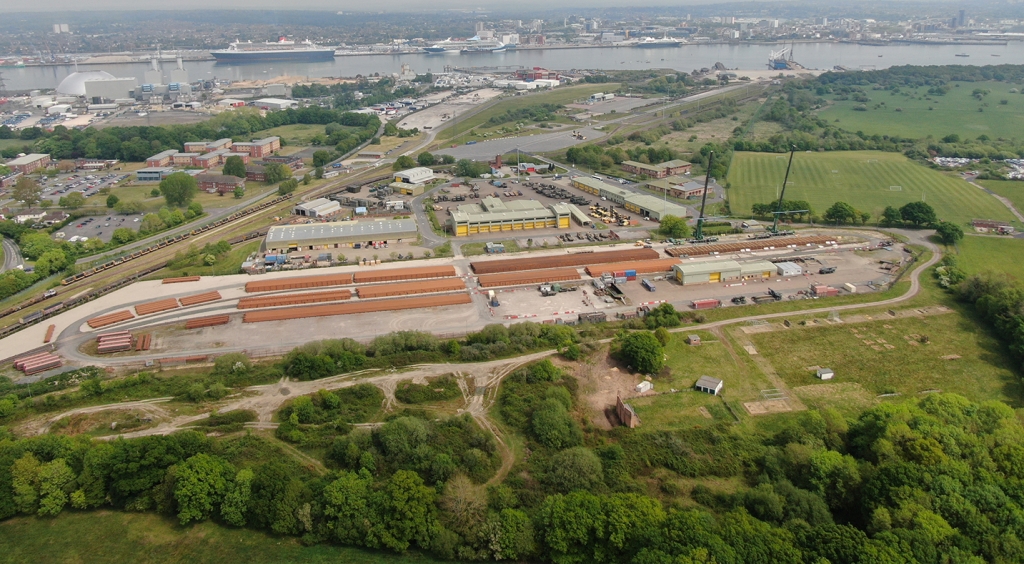 View towards the River Test

The site is adjacent to Marchwood Industrial Park and will continue to be separated from the residential area by the rail line and the road. We appreciate that the development will need to be sensitive to local neighbours, and containers will be stacked to a maximum of six high (15.5m) and located in less sensitive areas of the site. Warehousing onsite will be limited to a maximum of 12.5m (to eves) high.

Soft landscaping and ecological enhancements are included as part of the proposals along with the retention of the existing green area closest to the residential properties on Normandy Way. The location of lighting will be sensitively designed to limit ambient light.

"We appreciate that the development will need to be sensitive to local neighbours, and containers will be stacked to a maximum of six high (15.5m) and located in less sensitive areas of the site."

Find out more about the ecology in and around the site